NCRC Customers made their mark at the Pacific Street Car Association Street Car Super Nationals this year with many wins, runner ups, not to mention a new record in Hot Street set by Eric Gustafson. We’re happy to end the racing season on such a high note, and with Thanksgiving approaching we want to thank our customers for their business, from the World Record Holders and Champions to the Friday Night Test & Tuners, we appreciate you all! 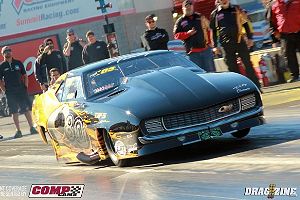 The Q80 Racing Team dominated at this years Street Car Super Nationals with Turky Al Zafari leading the charge qualifying #1 with a 5.599@272.50 closely followed by Eric Dillard in the #2 spot at 5.625@269.51. The two held the field back through eliminations, although another NCRC customer, John Stanley, almost took out Al Zafari in round three with a big holeshot in a very close race where he ran 5.567@270 to Stanley’s 5.69@216. Dillard on the other side of the ladder defeated a red lighting Mike Maggio in the semi-finals, but hurt the engine in the process. It would have been a awesome sight for both Q80 Teammates to go at it in the final, but Dillard wasn’t able to make the call giving Turky a bye in the final for the well deserved win!

Congratulations to Turky, Eric and the Q80 Racing Team on a dominating performance!!! 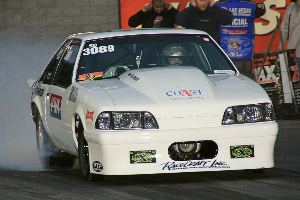 Eric Gustafson and the R&E Racing Team kept their winning streak alive at SCSN, the 2014 WCHRA & NMCA West Champion qualified #1 with a 4.456@162.88 which also broke his previous PSCA Wild Street Record in the process and became the Wild Street first car to the 4.40’s! It’s amazing how much this team picked up since last year at the same race where he set the record with a 4.56@157, that’s a big gain and very serious ET for combo this would be X275 if it wasn’t for his billet block!

Congratulations to Eric & the R&E Racing Team on the win and new Wild Street Record and to Chris on his Runner Up!!! Good job fella’s !!! 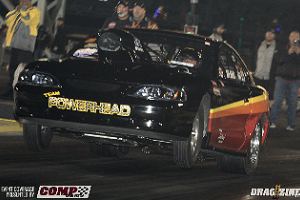 Michael DeMayo took home his SIXTH Street Car Super Nationals win this year, that’s just remarkable! Michael qualified #1 with a 8.012@169.04 and later dipped the Team Powerhead Mustang into the seven second zone with a 7.98@169 during his run against Anthony Valentino in the semi’s, then defeated Bryan Cobbett 8.00 to Cobbett’s 8.31.

Congratulations Michael and Team Powerhead on yet ANOTHER SCSN Victory!!