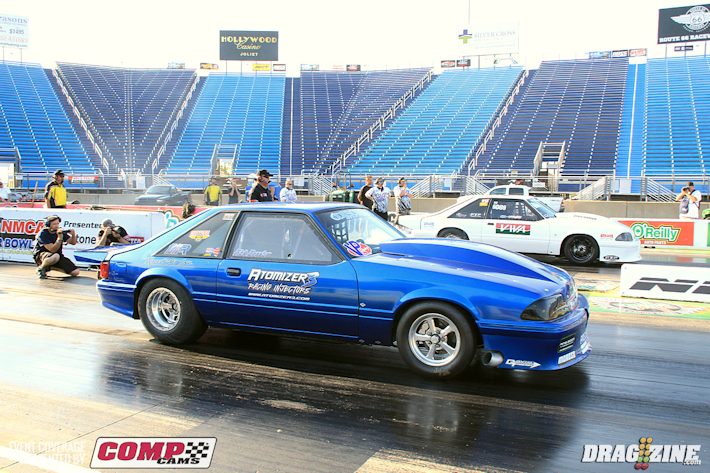 Rich and Nick Bruder took home both the NMRA Street Outlaw win and the NMRA/NMCA Super Bowl Championship last weekend at Joliet, Illinois. The Bruder Brothers team switched over the the 94mm Street Outlaw turbo combined with a fresh Disomma Racing Engine for this race, and they got the new combo working pretty darn good qualifying #4 with a 4.485@164.43.

Eric Gustafson, another Team NCRC Member, was also in the hunt. Qualifying with a 4.463@159.83 got him #2 position and put him on the other side of the ladder from the Bruders. Many were not surprised to see both teams face off in the final round of Street Outlaw which should have made for a nail biter of a final. When the scoreboards lite up, the win light came on for Rich Bruder when he ran a 4.533@163.22 and easily covered Gustafson who spun at launch due to an oil leak.

The two meet up again in the Run for the Rings where Bruder again got the win after Gustafson had yet another engine issue after the burnout and was not able to take the tree.

Congratulations to The Bruder Brothers on the two wins which got them a sweet $7,700 purse and the Nitto Super Bowl Ring!!! Also congratulations to Eric and the R & E racing team on their runner up, and their win in the rain delayed Kentucky race which was also settled at Joliet!!