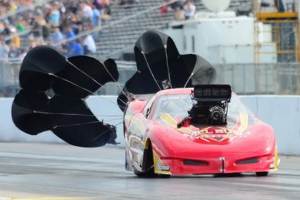 Tommy D’Aprile got a awesome birthday present at the ADRL Memphis Drags 4 held at Memphis August 4th when he took home the win in Pro Extreme with the Mel Bush Motorsports Vette! D’Aprile, who qualified 9th, took out Bubba Stanton in the final with a 3.672@206.92 to Stanton’s engine exploding 3.718@180.91. That win will also help Tommy move up in the points ladder, he was 7th going into this race.

Big Congratulations to Tommy and Mel Bush Motorsports on your well earned win!!!

Both D’Aprile and Hossler run the NXS Billet Converter which is has been the overwhelming choice of Pro Extreme Racers. This converter isn’t just for Screw Blown cars, you’re going to be hearing more about a variant of the NXS converter design with design changes for Procharger and Nitrous Cars here soon!