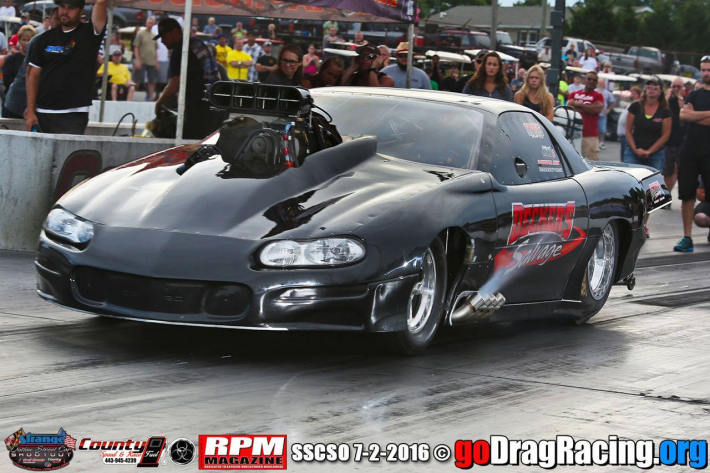 Three in a Row for Decker!

Mike Decker behind the wheel of the Decker’s Salvage Camaro won yet again at Cecil Dragway’s Street Car Shootout July 2nd!! In a repeat of the June race, Mike defeated Mo Hall in the final with a 4.10 – theTeam ran an even quick 4.01 during testing the previous evening! With back to back wins like this it’s not surprise he’s got a strong lead in the Micky Thompson Cup Points for Outlaw 10.5 and will be tough to catch! 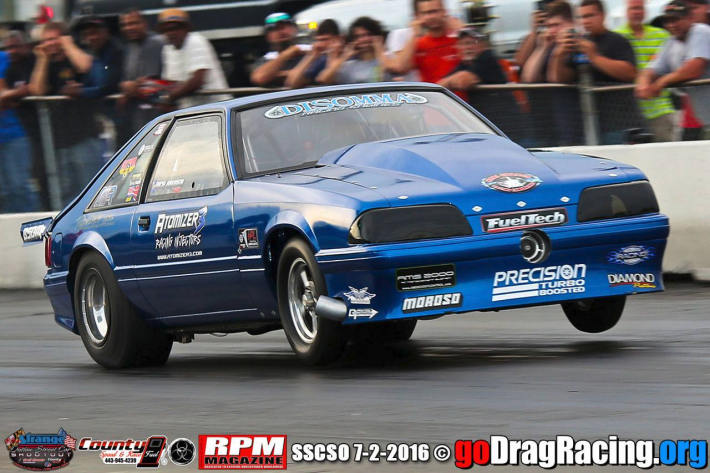 The Bruder Brothers captured the win in X275 over a red lighting Jamie Stanton – it would have been a good race, but Rich Bruder wheeled the Teams Mustang to a new Track Record on that pass so Stanton would have really had to work for it if he hadn’t have been early. The Brothers progressively upped their game laying down a 4.56, 4.53, 4.47, 4.45 and wrapped it up with a new track record of 4.432@155.63 in the final!!

Congratulations Rich, Nick and Pop’s Bruder on your win and Cecil Track Record!!

We also want to congratulate “Mean” Dean Marinis on his #1 qualifier with a 4.497!