The 1st Street Car Super Nationals at Gateway Motorsports Park became the scene of the BADDEST SLUGFEST IN DOORSLAMMER HISTORY August 22nd. In Outlaw Pro Mod Frankie “The Madman” Taylor threw the first punches by kicking the current 1/4 mile record to the curb with a 5.59 then backed it up with a 5.550@260.91. While the crowd were picking their jaws off the ground, Turky Al Zafiri in the Q80 Turbo Car answered back with a 5.538@270.27!!!

No doubt the race to the 5.40’s was ON, everyone knew come eliminations both would be turning up the wick even more. Neither team disappointed, in what ended up being the Quickest and Fastest ever race in Doorslammer history, Turky Al Zafiri and Frankie Taylor squared off in an All NCRC Final and BOTH went in the 40’s, Turky Al Zafiri won with a 5.461@272.50 and Frankie Taylor Runnered Up with a 5.476@263.77!!! Unbelievable!!!!

Congratulations to Turky Al Zafiri and the Q80 Racing Team on the win and new World Record, and to Frankie and Paul Taylor and the Stupid Fast Racing Team on their Runner Up and awesome performance also!!!! Way to go Guys!!! 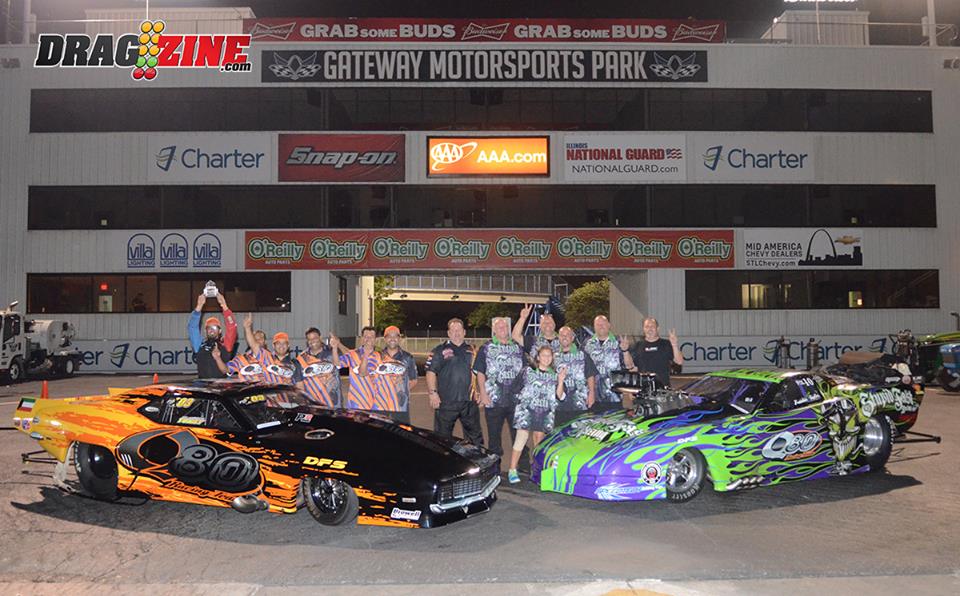