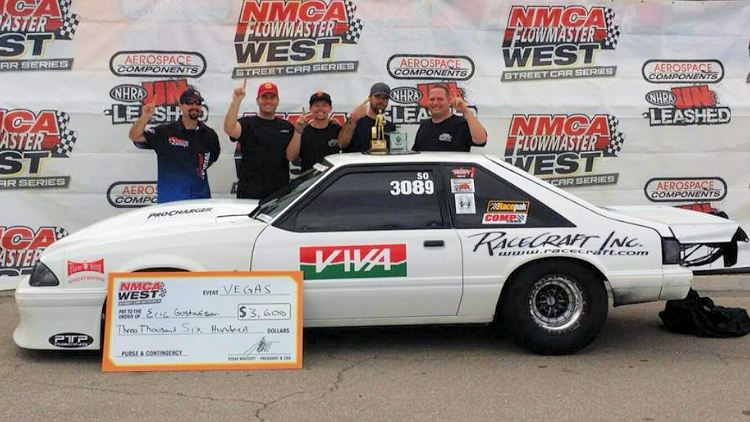 Eric Gustafson and R&E Racing Team recently captured the NMCA Street Outlaw win in Vegas. Eric defeated James Lawrence in an “All NCRC” final round. Lawrence got a little greedy on that pass going up in smoke and Gustofeon charged down the track with a 7.23@200. Both Lawrence and Gustofeon are in a points battle that will likely be decided at the NMCA Season Final.

Congratulations Eric and R & E Racing on your win, and to James Lawrence on your Runner Up!!