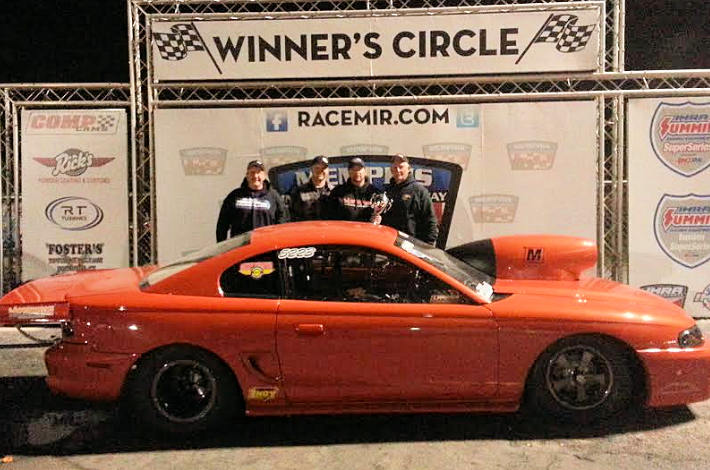 We want to congratulate Butch Kemp on his #1 qualifier and record breaking performance at the Outlaw Street Car Reunion. Butch and his team ran a 4.800@144.32 NA to take the #1 spot, then later in eliminations ran a 4.798 and in the semi’s ran a 4.773 as the air came around. Unfortunately the race was called due to weather, but he collected the winning Trophy for being #1 qualifier and low ET of each round.

4.773 should be the new Ultra Street Record!

Again congrat’s on the new record and strong performance to Butch, Rick and Team!!!