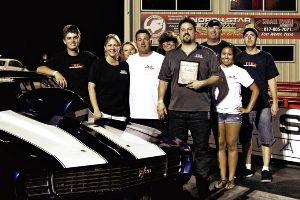 Taylor Lastor captured the Big $10,000 to win X275 Race at Northstar Dragway in Denton, Texas September 1st. Lastor, owner of TRE Racing Engines has been dominating this big event, but there’s been plenty of close competition with hot racing conditions.

This big race, sponsored by Evolution Custom Auto, certainly had everyone swinging for the fences. Taylor came out on top once again over some tough competition, not once but twice! This is his second big X275 win, he also won the $10k back in April! No matter what class you race, that’s a pretty good purse to take home!