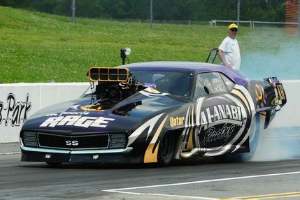 In Virginia, ADRL’s Pro Extreme Class featured an All NCRC Final round where Von Smith and Joey Martin battled it out for the win. Smith laid down a 3.639@210.08 to edge out the LowMad driven by Martin who ran into severe tire shake chasing the win light.

The ADRL race was a challenge for all the teams due to a tropical storm dumping lots of rain on the track, causing traction issues on the line.

Congratulations to Von Smith and the Al-Anabi Team on the win, and to points leader Joey Martin with his third final round appearance on the Runner Up!!

Also we would like to congratulate Alex Hossler on his #1 qualifier!