The 2013 ADRL Season has come to an end following the World Finals in Texas October 19th, our customers came away with two World Championships and both a new Pro Extreme ET and MPH record at this race! We can’t think of a better way to end the ADRL season on such a great season for our customers. 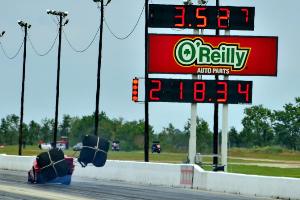 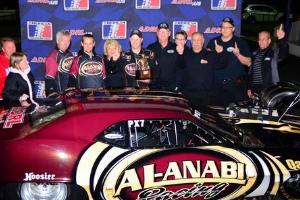 During ADRL Pro Extreme Qualifying, Jason Scruggs set off a shot heard round the world in qualifying when he BLASTED a 3.527@218.34 mph run down the Royal Purple Raceway. No doubt about it, Scruggs found something significant at this race and everyone couldn’t help but be impressed. During eliminations, he backed it up too, with an even faster 3.547@219.47 run during round 3.

Scruggs faced Alex Hossler in an “All NCRC” Final Round, but couldn’t keep traction this time, while Hossler laid down a very stout 3.550@216.31 to take both the win and the ADRL Pro Extreme Championship!

Congratulations to Alex Hossler and the Al-Anabi Team on the race win and the ADRL Championship – that’s two for Hossler this year. He also won the Arabian Drag Racing League Championship earlier in the season.

We also want to congratulate Jason Scruggs and Team on your new Pro Extreme World Record!!! Both of your teams put on an impressive performance guys!!!! 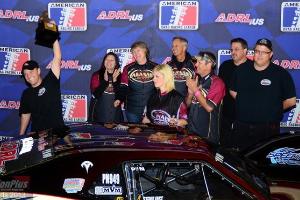 In Pro Nitrous, “Stevie Fast” Jackson defeated Bob Rahamim 3.787@198.67 to Rahamim’s 3.893@195.28 for the event win, and he captured the points to take home the Championship for Team Al-Anabi. No doubt Steve has made his mark this year in the ADRL ranks, and he was correctly awarded “Rookie of the Year” for his awesome efforts behind the wheel, and we have no doubt he played his part working on the car as well alongside Billy Stocklin to make the Team a success this year!

Congratulations Steve, Billy and the Al-Anabi Racing Team on the race win and Season Championship!!

We also want to give a shout out to Barry Daniluk who made the LONG pull down from Canda to run Top Sportsman, he qualified #1 with a 4.081@176.70 at this event – good job Barry!!