Tulsa Raceway Park’s Fall Throwdown in T-Town was off the hook once again, with stands filled to the brink, and a great turnout of cars in all classes. NCRC customers were there too, laying down some smoking hot passes and making trips to the Winners Circle! 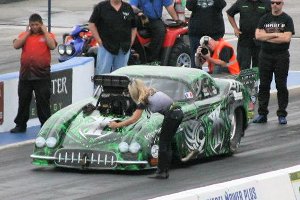 In Outlaw Pro Mod, Brandon Pesz defeated Don Wooton in what would have been a very close race with both drivers taking a mighty swing at the tree. Pesz went .006, but Don lit the red demon pushing just a bit too far. Meanwhile Brandon laid down a 3.67@206.42 in the All NCRC Final Round. Both of these cars were FAST at the Throwdown, Don went 3.605@207.37 in Round 2 of eliminations when he took out Todd Martin.

The Clark Brothers were there also running in Outlaw Pro Mod, but unfortunately Eric got in a wreck at the top end of the track during 1st round and hurt the car pretty bad. We’re glad that he’s ok and hope the team can make repairs quickly.

Congratulations to Brandon and the Lethal Acceleration Team on the big win and Don on the Runner Up! 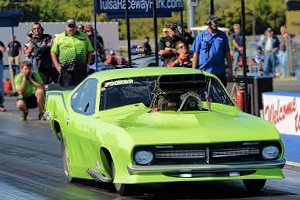 Jon Stouffer took the win in Outlaw Doorslammer with a very quick 4.088@188.91 over Mike Coldiron who ran 4.279@166.17. Jon and his Stouffer Racing Team has had pretty good summer, they just broke the track record at Kansas International Dragway and picked up a $1000 bounty to be the first car in the threes a few months ago at the Summer Nationals. Earlier this season they also collected a win at the Mickey Thompson Shootout at Gateway.

Congratulations on the win Jon and the Stouffer Racing Team!!!

NCRC Customer Alton Holsted was also one of the unfortunate racers that wrecked at the Throwdown, he got into the wall on the top end of the track with his cool blown Corvette that he was running in Outlaw Doorslammer. We hope Alton and team can make quick repairs and we’re glad he wasn’t injured in a pretty tough hit. 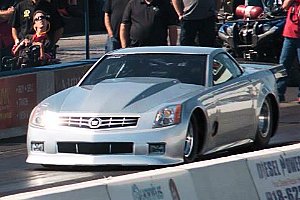 Way to go Scott on your win and new record!!! 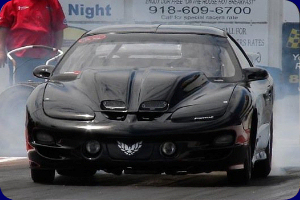 Finally we want to give a shout out to Bob Bales who runnered up in the drag radial/10.5/ATBM class, Bob took a shot at the tree resulting in a .000 light against Chip Radercheck, but it wasn’t enough as both drivers had to pedal to keep the front down. Chip went on to win, but it was a close race and we gotta give Bob an attaboy for slaughtering the tree!

Congrat’s on the R/U Bob!