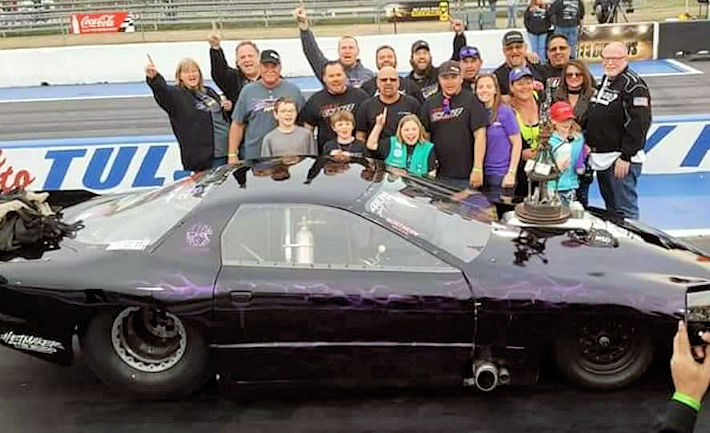 James Finney aka the Birdman and Team took out Larry Larson in the finals at the No Prep Kings event in Tulsa last weekend. This was a HUUUUGE win for Finney, not only did he win the race but he also became the 1st Ever No Prep Kings Points Series Champion!!! For those of you not following this deal, that was a $90,000 payday at Tulsa!

Congratulations to James, Gary Weatherly, Howie Crabtree, Nick Guettler, Chad Rogers and the rest of the Birdman Team on your big win!