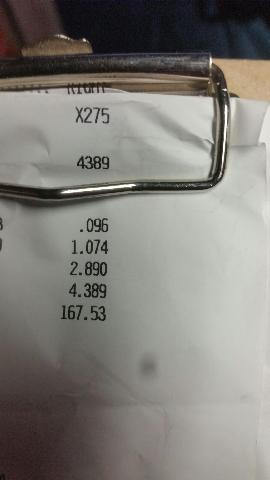 Rich and Nick Bruder have done it once again, the dynamic duo have once again set the bar much, much higher in X275 putting all the competition on notice.

On Sunday, October 11th at Maryland International Dragway, Rich Bruder drove the wheels off the car with a record breaking 4.408 breaking the current X275 record for the 1st time. During the second round of qualifying he put the teams Mustang in the record books yet again with a 4.389@167.52 blast!!!!!!

Ironically, almost one year ago, at this same MIR race they reset the record with a 4.481@160.36, and they also defeated Rhodes in the final of X275 Ford vs. The World class.