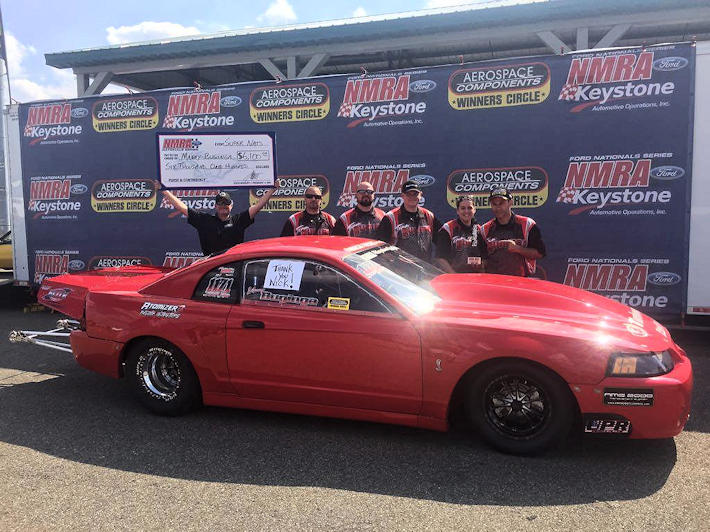 Manny Buginga had a great weekend at the Ohio NMRA Battle it out in the Buckeye State Race June 10th! He went to the semi’s on the make up race, then defeated Dewayne Barbaree in the final with a 4.49 over Barbaree’s 4.52 to take the win!

An interesting side note, Nick’s wife was in the hospital having a baby over the weekend which is certainly a big event in anyone’s lives. Guess who was doing remote tuning while she was giving birth? Gotta admire the dedication of these guys!!! Wow.. And BIG Congratulations to the Bruders on their new baby!!