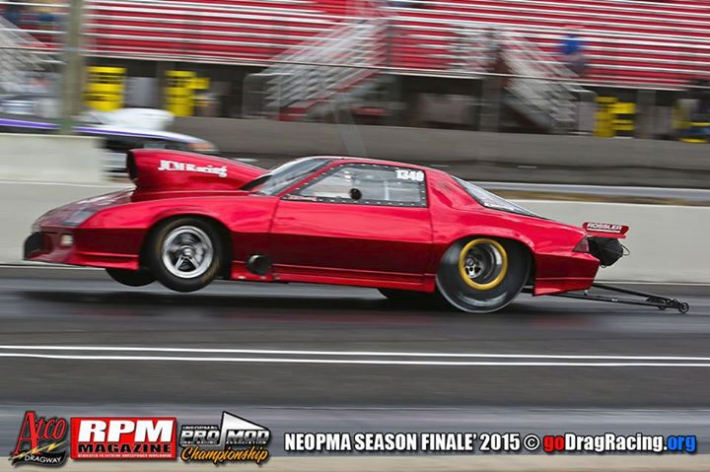 John Cerebone had another great year behind the wheel of Gus Constantinou’s beautiful Camaro. Cerebone won the Big Tire Outlaw race at Atco in September, he runnered up twice in August and once again in October which put him in the points lead resulting in his 2nd Big Tire Outlaw Championship!!!

For icing on the cake, the team also used that big JCM Racing Engines Horsepower to set the both ET and MPH Record in the class with a 4.36@172!!!

Congratulations John, Gus and Team on your Record and Championship!!!