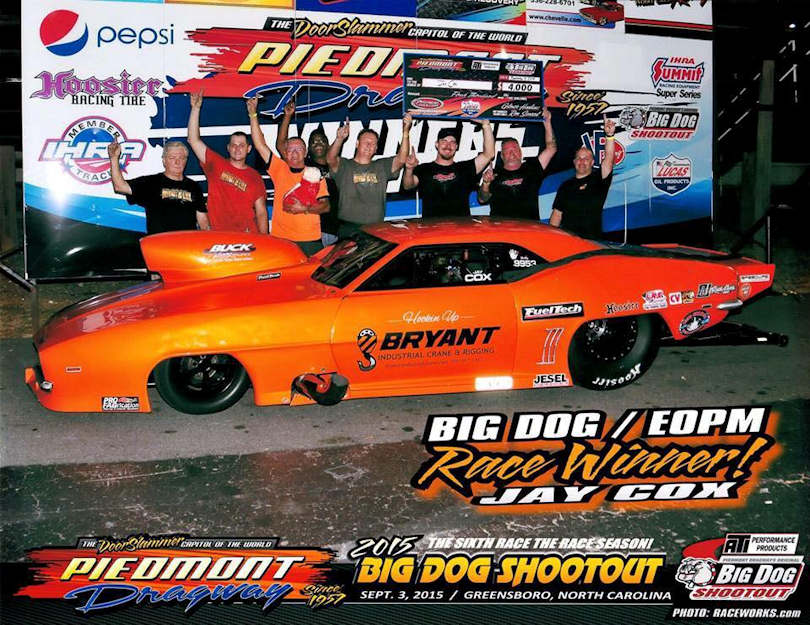 Jay won the July 4th Big Dog Shootout as well, with almost the same ET in the final, a 3.77@199 – what a repeat performance! Congratulations to Jay and the Bryant and Cox Team and to Harris and Team on the Runner Up!