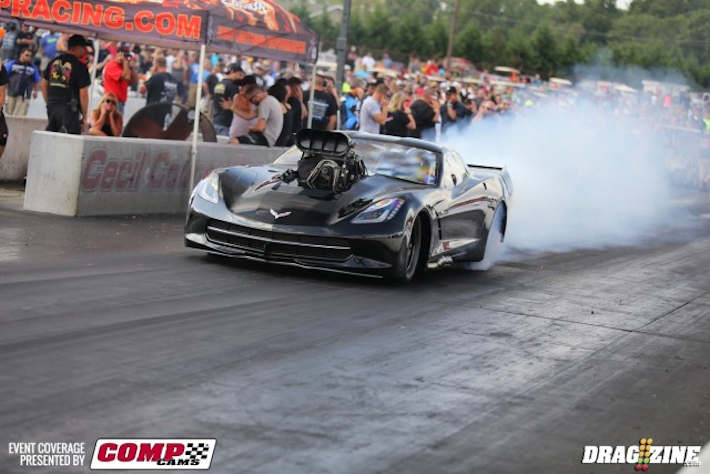 Chuck Ulsch and Mobley Motorsports qualified #1 with a 4.072@193 setting the pace for Outlaw 10.5 at Cecil County’s Yellowbullet Nationals. Not only did they qualify #1, the team also won the Best Appearing Car Award!!!

In the finals Chuck drove the beautiful black Vette to the winner’s circle after defeating a redlighting Mo Hall with a 4.09@189.92 blast straight down Broadway! Congratulations to Chuck and Mobley Motorsports on your Win!!!

Other NCRC Standouts include…

Rick Thornton Runnered Up in Outlaw Drag Radial – Congrat’s Rick!! He defeated Keith Berry in the Semi’s with a 4.05@190 – Impressive!!!

Alex “The Calypso Kid” Hays qualified #1 in Ultra Street with his N/A Powered Mustang!!! Alex went 4.91 to take the pole position and thrilled the crowd with wheels up passes over the weekend. And yeah, 4.91 “all motor” WoW!!!