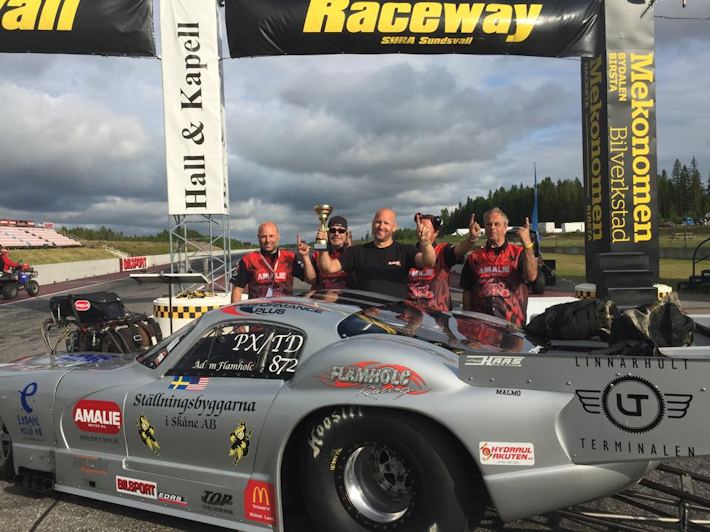 Adam Flamholc and Team MMR Racing Qualified #1 and set the track record at Sundsvall Raceway in Sweden July 5th with a 3.86@321kmh in the teams Dodge Viper!

The team worked hard including having to swap out a third member during eliminations but still was able to carry that momentum to the finals and took home the win over a 16 car field. He defeated Samuel Andersson in the finals 3.956@313.8 to 4.474@265.6kmh. This win puts Adam in a strong #1 points position in the Top Doorslammer points followed by fellow NCRC equipped Victor Jansson!

We would also like to congratulation Victor Jansson who made it to the Semi’s at this race!