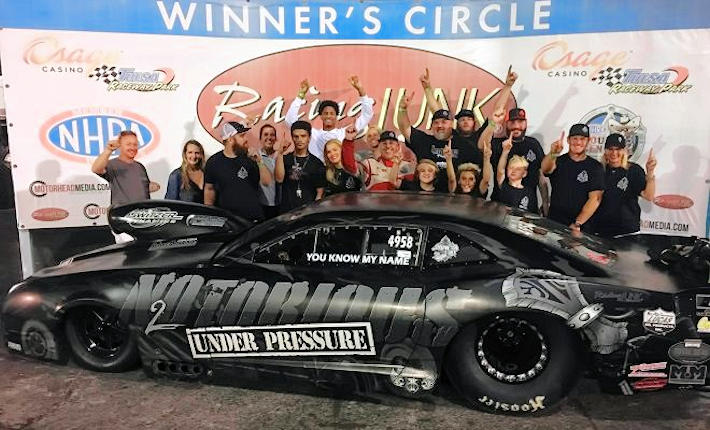 Keith Haney not only recorded a win in Pro Mod at the Throwdown in T-Town, he capped off the Mid West Pro Mod Series 1st season with the championship in both Pro Mod AND Radial Vs. The World!! In Pro Mod, Haney defeated Jim Sakuvich during the “All NCRC Final” by getting out first with a .041 light to Sackuvich’s .108, enough to let him overcome the quicker 3.758@200.80 with a 3.770@200.68 to take the win and seal the points lead for the season.

In Radial Vs. The World, Haney drove Enigma, his 2nd car, to the Semi Finals which gave him enough points to also secure that championship!!

Double Wow.. Way to Go Keith and the KHR Team on the win and double championships!!!