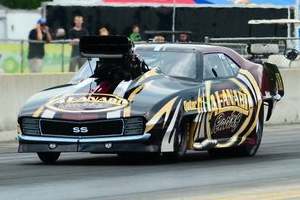 Alex Hossler recorded his 1st win of the 2013 Season at the ADRL Summer Drags in Martin Michigan and was flat FLYING! Hossler qualified #1 with an awesome 3.594@209.71 followed closely by #2 qualifier Brandon Snider with a 3.612@208.53. Fellow NXS Full Billet Converter equipped competitors D’Aprile, Scruggs, Smith, Martin and Tutterow were also all in the 3.60’s! That’s a tough field!

Congratulations Alex, Crew Chief Frank “Ace” Manzo, Billy Stocklin and the Al-Anabi Racing Team on your Win and Tommy on your Runner Up! 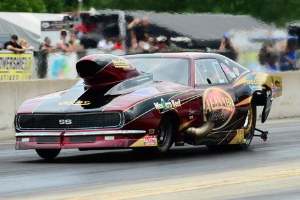 In Pro Nitrous, “Stevie Fast” Jackson captured his second ADRL win of the season at Martin with his Billet Lock Up Converter equipped 68 Camaro. Jackson qualified 4th with a 3.808.

In the final Jackson defeated Tommy Franklin despite Franklin cutting a little better light, Franklin’s 3.909@189.64 turned out to be no match for Jackson’s 3.834@192.58 “no brakes” run.. Turns out Jackson’s brakes went out when he staged but he ran it anyway and still got it stopped. All we can say is he wanted that win pretty darn bad to take that chance! We’re glad it turned out ok and he captured another win.

Congratulations Steve, Billy Stocklin and the Al-Anabi Racing Team on another ADRL Victory!!