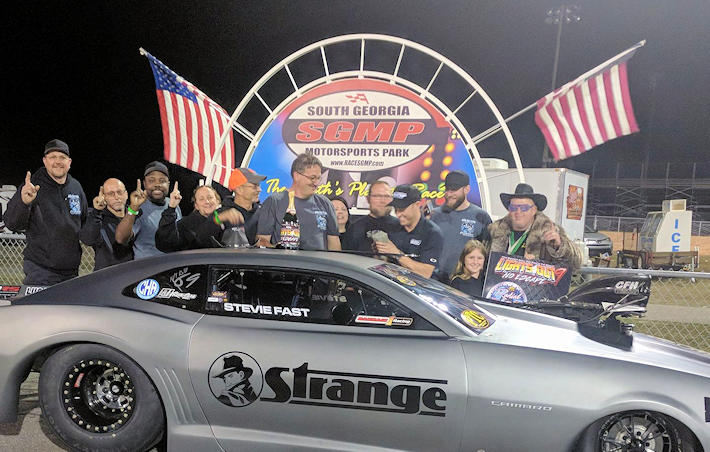 In yet another off the hook Duck X race, Stevie Fast Jackson took the win in what was a very close race with Keith Haney in Radial Vs. The World. These two racers kept the excitement going for this race all the way to the “All NCRC” final round had had their fans on the edge of their seats every round! Jackson put down a 3.74@199 in the Shadow II, and Haney in the Enigma went 3.77@199.52! That was a big $50,000 payday for Jackson and untold value in bragging rights for at least another month or two!

Congratulations to Steve Jackson, Phil Shuler and the rest of the Killin’ Time Racing Team, and to Keith Haney and the KHR Team on the Runner Up!