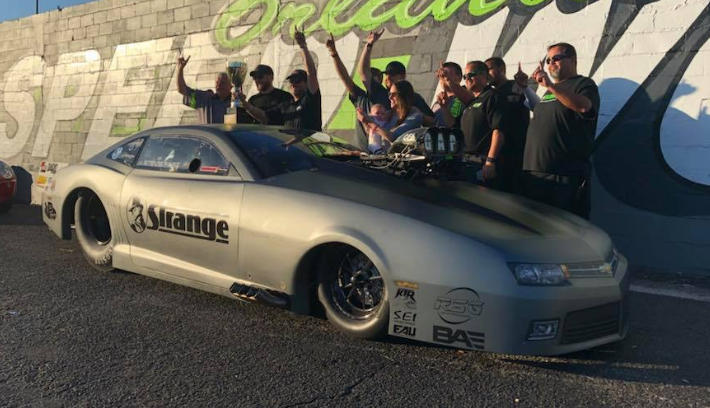 “Tricky” Rickie Smith, fresh after resetting the 1/4 Mile N2O Pro Mod “Unofficial” Record earlier in the week continued to run great during the race weekend. He blasted all the way the finals of Pro Mod where he ran into Stevie “Fast” Jackson, the #2 qualifier. Jackson was on a mission and put down a blistering 3.72@201 in the Shadow II to take the win over Smith, who spun to a 4.68@112. You can bet Tricky Rickie will be gunning to get even with Jackson when they meet up in NHRA Pro Mod soon, which will be a great battle to watch!

Congratulations to Stevie Fast, Phil Shuller, Billy Stocklin and the rest of the KTR Team on the first win of the season, and to Rickie Smith and Team on the Runner Up!!