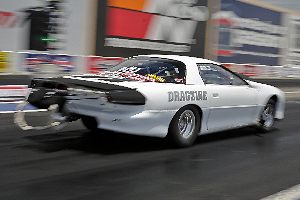 James Lawrence drove Dragzine’s Blown Z Project Car to it’s 1st Race win in the Street Outlaw Class at NMCA Fontana! Lawrence qualified #1 with a 7.34 and defeated Ryan Jones in the final round with a 7.399@206.76 vs Jone’s 7.931@177.11. Lawrence isn’t claiming the ultra fast MPH his car recorded at Fontana, he believes some think funny is going on tripping the beams with the nose of the car and thinks 197 MPH range is more likely.

Blown Z also set low ET of the event in Street Outlaw, with a 7.341 in previous rounds!

Congratulations to James and the DragZine Team on your first Street Outlaw win!! 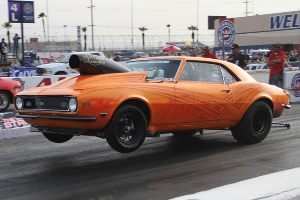