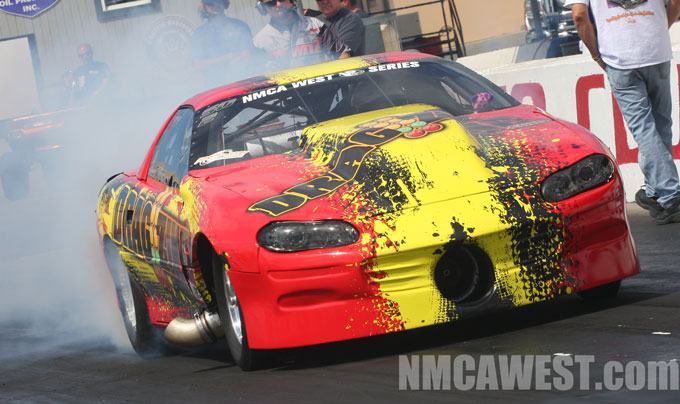 James Lawrence and the BlownZ Racing Team took home the win in NMCA Street Outlaw last weekend at the NMCA West Season Opener. Despite starting out with an all new combination, Lawrence and crew laid down a 7.36@203 in the heat during eliminations. After making his way to the finals, his competition, Ryan “Toaster” Jones was not able to make the call to the lanes after experiencing engine problems, handing Lawrence the win. Not the way a racer like James wants the win for sure, but the team did set a new best MPH for the car with that 203 MPH blast, and they did it in not so great 3300′ of air!

Lawrence also two weeks ago runnered up at the PSCA race in Xtreme Drag Radial.

Congratulations to James, the BlownZ Racing Team and Dragzine.com on their win and good luck at the WCHRA race coming up!!