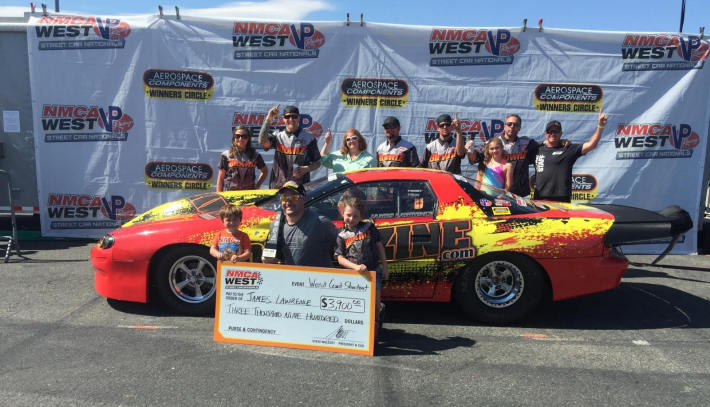 Very hot track conditions resulted in a tough race for NMCA West racers at Fontana June 19th. In Limited Street, James Lawrence qualified #2 with a 4.665@162.47 but neither he or the other racers in the class were able to come close to those ET’s in eliminations due to the heat. Lawrence was able to get down good enough to win each round, and eliminated a red lighting Roger Rydell in the final.

Hot tracks are challenging, especially on radials. To take your team to the winners circle under those conditions takes both skill and a bit of luck to get the job done. Congratulations to the Dragzine Team and James Lawrence on your win, which in this case can also be called survival of the fittest!