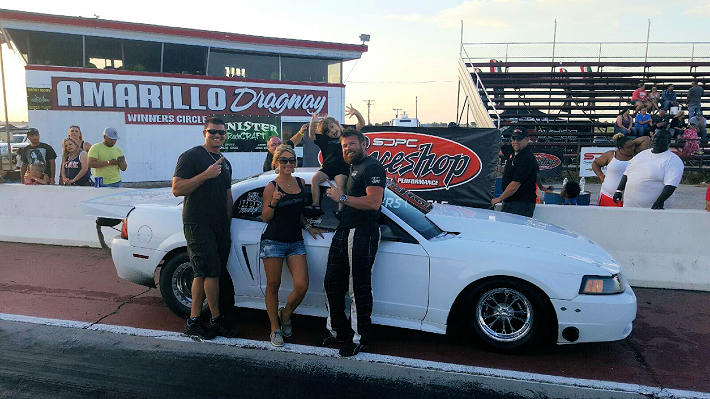 Thanks for the great job on the converter! We went to the race in Amarillo and won 10k! We had the best working car on a terrible surface. The only car that went straight down the track every pass. This car is going to be tough to beat in the no prep scene.
Eric Bain / Boosted EGO

Eric Bain behind the wheel of “Boosted EGO” took home a cool $10k at the June 11th Amarillo No-Prep Race in the Small Tire class. Not only that, he redeemed himself easily winning a rematch against Kamikaze Chris [Video].. which was extra sweet as he lost to Kamikaze in Denton previously.

Boosted EGO’s going to making some waves in small tire here real soon, and he’s off to a big $10,000 start!

Way to go Eric aka Boosted EGO and Team!