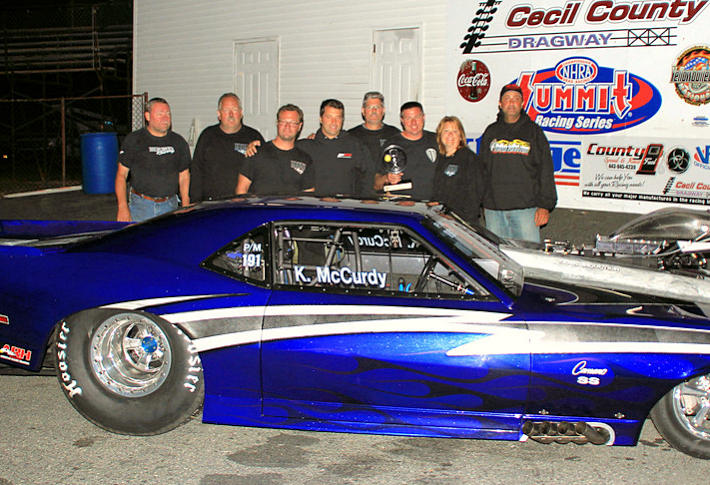 Kevin McCurdy had a great weekend at the Yellowbullet Nationals taking home the win in Pro Mod! McCurdy consistently ran in the 3.80’s during eliminations and defeated Jim Halsey in the final with a 3.864@192.11 to Halsey’s off-pace 4.208@140.04.

Congratulations to Kevin and Team!!

We also congratulations to Dean Marinis on Low ET of the race with his 3.784 in qualifying! 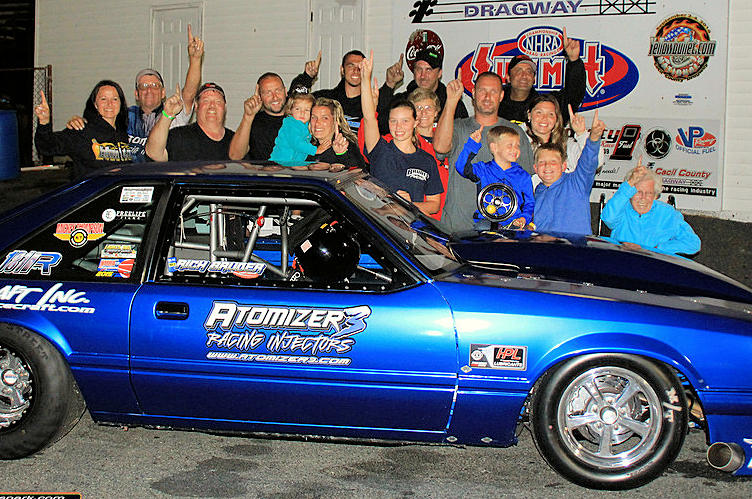 The Bruder Brothers – Rich and Nick, put everyone on notice when they clicked off an impressive 4.42 wheels up pass right off the trailer.

In the semi’s it was a close race against “Mean” Dean Marinis that Rich won which set the stage for them to have lane choice in the final. That likely helped some as during the final round the Bruder Brothers chose the left lane which must have been the good one as Ron Rhodes in the right spun at the hit and Rich marched down track with a 4.440@162.08 for the win.

Congratulations to the Rich, Nick and Family Bruder on your win!!!