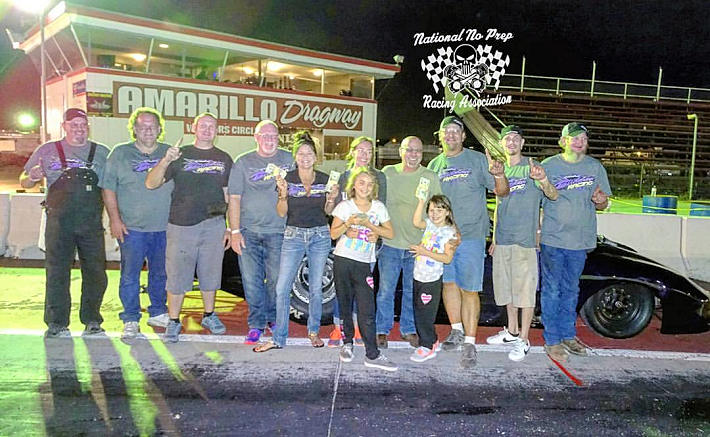 The Birdman Racing Team once again proved they are one of the toughest No-Prep Big Tire cars to beat in the Nation at the Amarillo No Prep Race last weekend. With James Finney driving the Bad Bird, they took out some tough competition, notably Street Outlaw’s Chucky in the Death Trap in Round 3, then in the final they defeated Cody Melton after an awesome example of driving by Finney at the top end. End result, Finney and Team came home $10k richer!

Congratulations on the Win James Finney, Gary Weatherly, Howie Crabtree and the rest of the Birdman Team!