RTRA & Northstar Dragway’s final race of the 2015 season was certainly one that will go down in the record books!!!

Jason Michalak SMASHED the RVW Drag Radial Record with multiple blasts into the 3.80’s, with the best when he recorded a 3.877@194.72 during the first round of eliminations. Jeff Sitton, the previous ET record Holder also was laying down impressive passes in the 3.90’s, with a 200.45 recorded in testing, that’s probably a new MPH record for radials as well!

Michalak and Sitton both made it to the final for a powerhouse race with Sitton recording 3.90 passes, but what could have been the fastest side by side run in history disappeared when Sitton lost traction and Michalak thundered down the track to the tune of 3.89 to take the win.

BIG Congratulations to Jason Michalak and the Bad9er Team on your new Radial World Record and to Jeff Sitton and SEI Oil Field Team on your Runner Up and new MPH record!!! 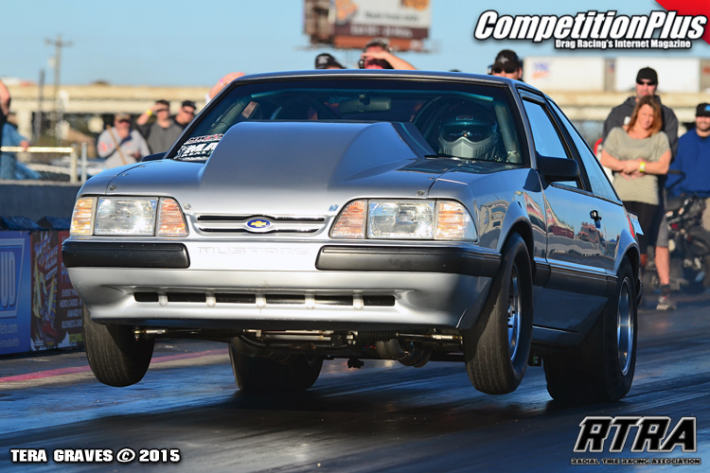 Travis Thomason scored a repeat win at Northstar in RTRA’s Limited 275 Class. He qualified #2 with a 4.8487@143.31, right behind #1 qualifier Stephen Barnett. Both made it to the finals where Barnett redlighted and Thomason motored on down with a 4.92@142 to take the win.

Congratulations to Travis and Team Barry and Myra Burke on the win!!