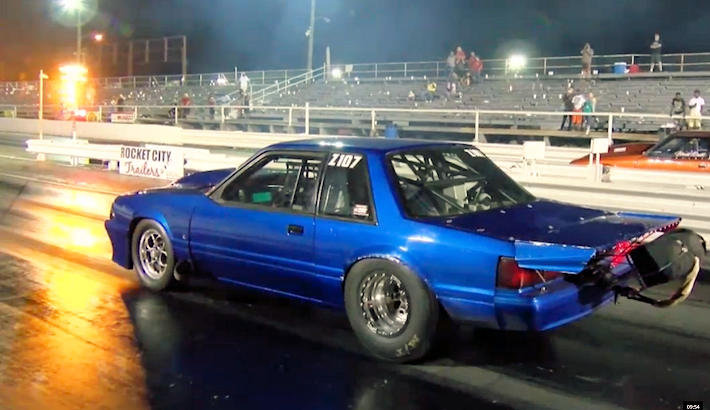 Mustang Mike Modeste was flying at Huntsville Dragway’s Radial Fest – he laid down two 4.16’s and a 4.17, all of them at 180 MPH plus which took him all the way to the finals in Limited Drag Radial. Despite having a bad 5.26 run in the final, it was better than his competition’s 5.75! All the matters is the win light in that final round!!! We’re not sure, but that might be a new record in LDR???

Congratulations Mike on your Win and stunning ET’s at Radial Fest!!!

We also want to give a shout out to Jamie Hancock, he was running hard with a 3.91 in qualifying and a 3.89 in eliminations, unfortunately the car got a bit out of shape with a wheelie in the finals and he had to lift. Congratulations on the Runner Up Jamie & Team!