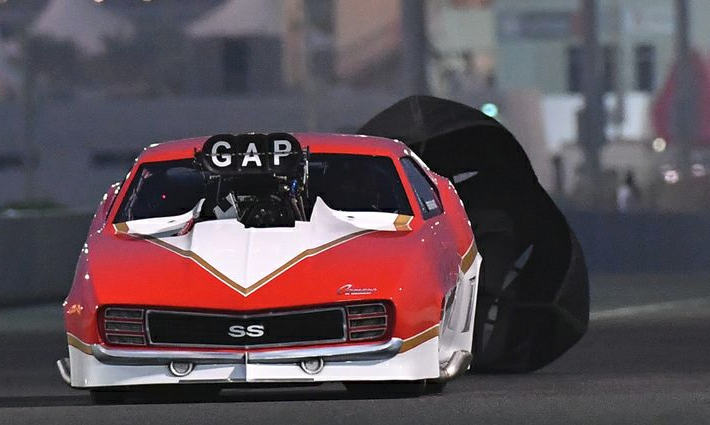 The highly anticipated debut of Stevie Fast’s entry into NHRA Pro Mod had the Internet on the edge of their seat last weekend at the Gator Nationals. Beginning with an NHRA video interview with Jackson that gathered far more views than John Force’s, fans were waiting to see Jackson donkey stomp the class. Realistically, just qualifying would be a major undertaking for Killin’ Time Racing’s first time on the 1/4 mile, and with a 4 day old car to boot.

Stevie and the Killin’ Time Crew did not disappoint, they made a good pass in Q1 which put them in the field, then went 5.788 in Q2 to lock down the #1 qualifier, just a few hundredths from the record! In eliminations Jackson got loose and lost which likely saved a lot of crying in the class. You can certainly bet he will be back, and NHRA most certainly knows who Steve Jackson is now!

Congratulations to Steve, Sponsors Bahrain1, SEI Oilfield and the Killin’ Time Team on a great first time out with the new car!