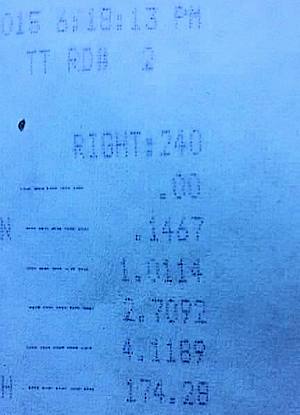 David Pearson laid down a new Personal Best and beat his own record on the 275 tire over the weekend during testing at Mooresville. He went 4.11@174.28 on 275 Drag Radials, beating his own previous record of 4.1698 from October last year. We’re pretty sure that pass is a new “unofficial” World Record, and you can bet there’s more where that came from next time he’s racing in competition.

David’s Mustang is powered by a F3 ProCharged Small Block Ford by Bullet Racing Engines in a Teddy Houser built chassis. He uses the NCRC Bolt Together BB2 Converter in this bad little Hot Rod.