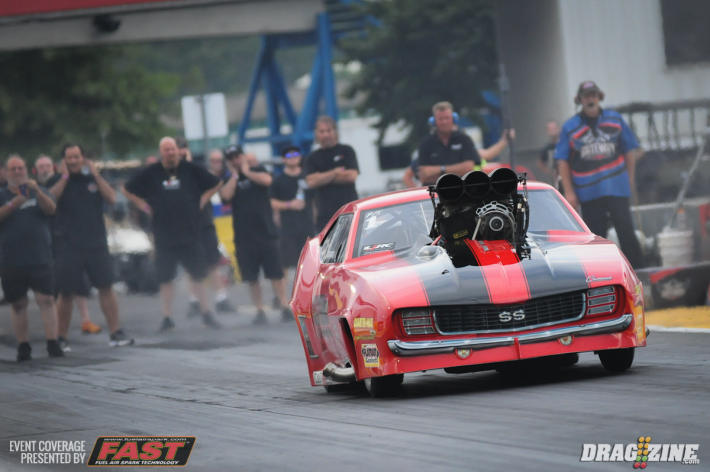 Jason Scruggs took a temporary detour from his normal PDRA racing schedule to run the Street Car Super Nationals Race in St. Louis and came away $10k richer! Scruggs defeated Brandon Lewis in a very close “All NCRC” final. Lewis ran a 3.675@207.53 to Scrugg’s 3.613@215.65 for the win and Low ET of the race.

Congratulations to Jason and the ScruggsFarm.com Team on your Win and Low ET, and to Brandon Lewis and Team on their Runner Up!!

We also want to congratulate Frankie Taylor who was #1 qualifier behind the wheel of Jay Diedrich’s new car!

We were sorry to see customer Terry Barkley suffered a bad wreck at this race, but thankful he escaped unharmed. 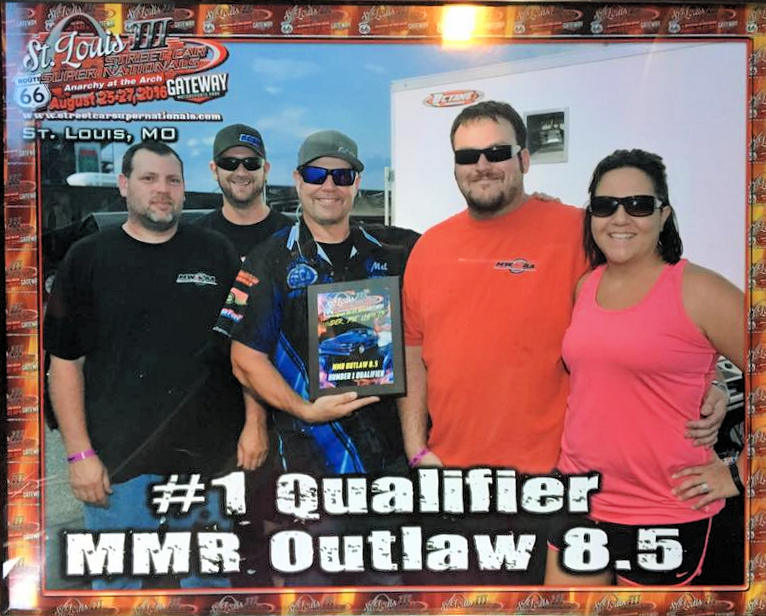 Jason Collins and car owner Danny McMichael had a pretty darn good weekend in St. Louis as well, the Team put their Chevy II in the #1 qualifer position with a 4.72@150 pass, and improved upon that in eliminations with a new MX235 Nitrous Record and Personal Best 4.69@151!!!

Last but not least, we have to give a shout out to the Boss, Marty Chance, who went all the way to the finals against Cecil Whitaker. Marty was driving his Small Block Procharged Mustang and set a new PB with a 4.635@152.90 blast in the final which featured a 1.096 60′ wooo!!! Unfortunately it wasn’t enough to catch Whitaker, but he sure ran the wheels off the car trying!!!