Ozark Raceway Park’s Bash in the Backwoods featured four class wins by Neal Chance equipped Hot Rods on June 6th. It’s no surprise that the little track in SW Missouri, owned by the Chance Family has a high percentage of NCRC customers, and we love it when they clean house at our home track! 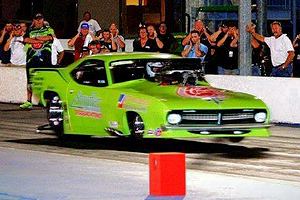 In Pro Mod, Jon Stouffer defeated “I’ll never switch to a converter” Jim Weins in a 4.2208 to a 4.441 when Wein’s charge tube developed a crack bleeding off boost on his turbocharged Camaro. That problem made it much easier to Stouffer to get around him despite having to pedal the car a bit.

Congratulations to Jon and the Stouffer Communications Team and to Jim on his runner up!! 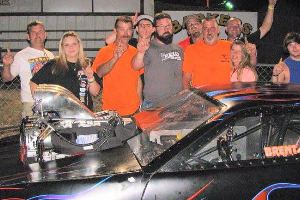 In Pro Street, points leader Brent Deputy recorded another win to further distance himself from the pack. Deputy defeated Tim Slavens in the final when Slavens LBEA’d which allowed Deputy to coast down the track for the win. Brent also ran Low ET during eliminations with a 4.4582 in the 2nd round.

Congratulations Brent and Team on your win!!! 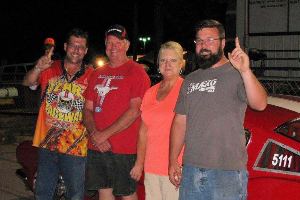 “Showtime” Don Erwin took the win in True 10.5 over Mark Fields when Fields also LB3A’d in the final round. That win will bump Craig Ondrick out of the #2 points position and maybe challange Fields for the #1 points position after this second race in the Mickey Thompson Shootout Series at ORP.

Congratulations Don and Christine, Team Showtime to the front!!! 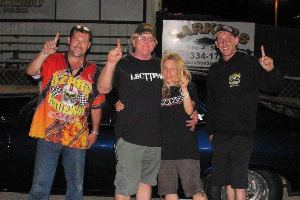 In Drag Radial, John Heard (your’s truly) defeated Tony Phillips in the final round and reset the track ET record. Phillips and I both made big progress during eliminations as the track got better making for a close final round. In the final, the Neal Chance equipped Nova got there first with a 4.7804@150 over Phillips 4.8359@149 to take the win and break the previous track record.

And yes, it does feel weird posting about yourself! I’d like to thank my wife Chris for her hard work at this race and ORP for giving us a great track to race on! And yes, Marty forced me to write about myself 🙂