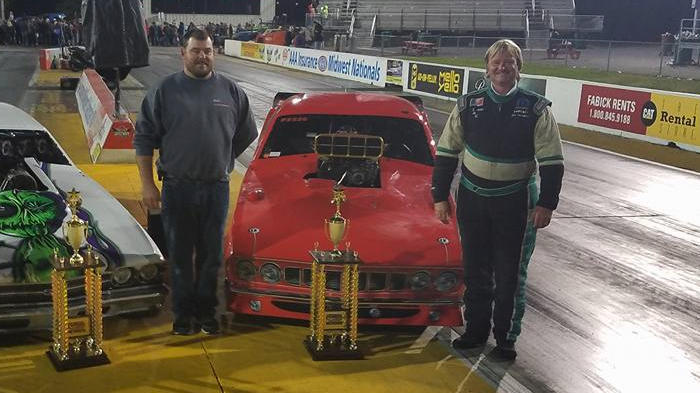 Jon Stouffer from Neosho Missouri defeated Brandon Pesz in an “ALL NCRC” final of the new “Insane Pro Mod” ADRL class. Stouffer ran a 3.749@199.99 over Pesz close 3.774@204.05. Insane Pro Mod is a new class invented by ADRL which features 1/8th Mile racing with ANY engine combination and multiple power adders at 2350 lbs – this class may get a little nuts before long!

Congratulations to Jon, the Stouffer Communications Team and Starting Line Motorsports on the first ever Insane Pro Mod win, and to Brandon Pesz and Team on the Runner Up!!

Congratulations Ricky and Team on your win!!