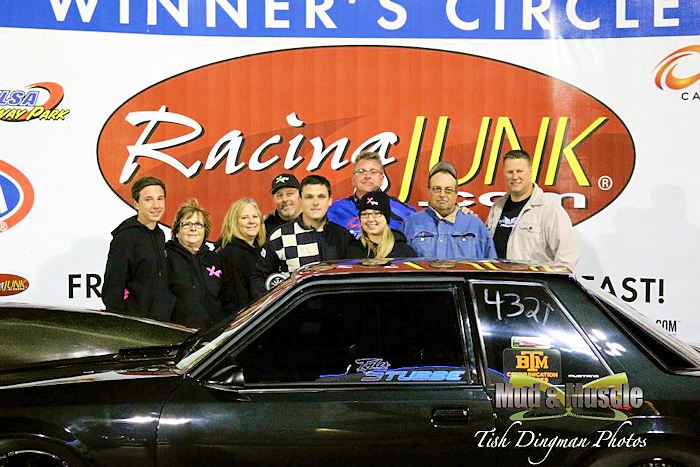 Tyler Stubbe from Houston, Texas put his Mustang in the winners circle for the X275 $5,000 to win Fall Radial Revenge Race at Tulsa, but those smiling faces in the picture above don’t tell the story.

You see Tyler was up against the #16 qualifier, Josh Gray in his wheelstanding C10 Pickup, and Josh had something on his side that every racer fears in the other lane, LUCK, and a lot of it.

Josh had taken out the everyone en route to the final by running solid, but not blazing passes in his C10, but even having lady luck on his side was no match for Stubbe’s rock solid mid 4.50’s passes every round and he finally met his match. In the final Tyler laid down yet another 4.561@153.65 and Gray, who dialed it up a notch too far, stood the big Chevy way up and had to lift running a 5.73. It was a great race with everyone on the edge of their seats, but in the end luck was overcome with a rock solid FAST pass.

Congratulations Tyler, Megan and Mike on a great win, they kept their foot in it until lady luck had enough!