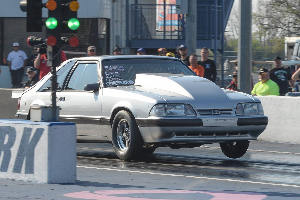 Travis “Quazzy” Thomason captured the win in Limited 275 at Tulsa’s Radial Revenge Tour April 2nd. He defeated Daniel Large in the final when Large got a bit too anxious on the tree. Thomason went 4.994@141.98 to Large’s 4.805@147.49. Travis’s Mustang was a bit off pace in eliminations ET wise, but he did his job as a driver! Travis got a hole shot win in Round #1, another hole shot win in Round #2 and a sweet .015 light in the final.

Congratulations Travis, Barry, Myra and Abner on the win! 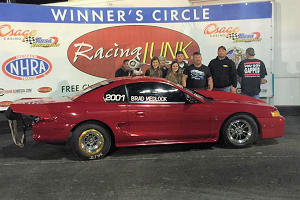 In MX235 Brad Medlock continued his strong performance following the race at Memphis, Brad not only defeated an off pace Kendal Goin in the final, he reset the MX235 record on the pass. Medlock ran 4.705@154.60 to take the win, and the record!!!

We want to congratulate Chris Groves and the DynoEdge Racing Team on their #1 qualifier In X275, and Low ET of the race! Chris went 4.39@164, easily the strongest pass in qualifying. He was on a run to the finals but got nailed by the right lane red light, like three others in a row did in eliminations, ending his night way too early.

Must have been some bad moo joo in that lane at the time or something. You can bet he’ll be back, with a fast hot rod like that the DynoEdge team will be tearing at the bit to get out again! 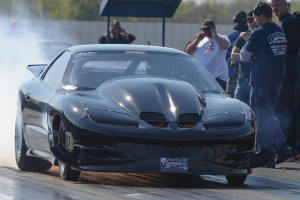 Bob “Fire Pipes” Bales had a bit of a problem during the main X275 race, but he came back around and had a strong win in the 2nd chance race. Bob defeated Cecil Whitaker in the final when Cecil’s car had issues starting and couldn’t get running in time before the track sent Bales down the track. Bales went a strong 4.534@155.63 to take the win!!

Congratulations Bob, Kelly and Team on your Win!