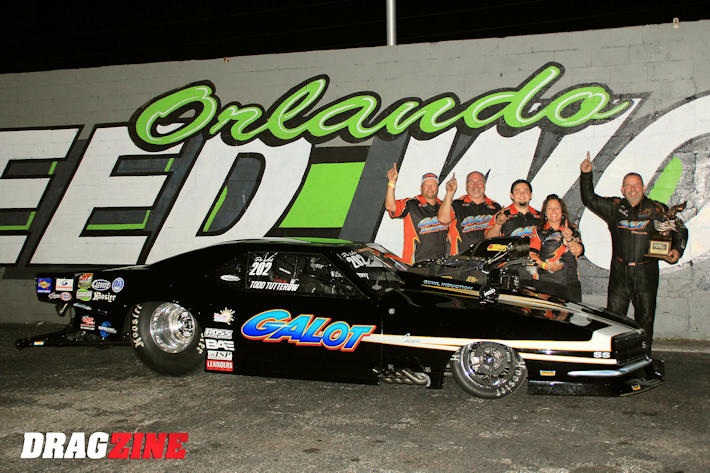 The weather might have been a bit wet, but the racing was red hot at the 2017 Orlando World Street Nationals! In Pro Mod, King Tut brought the new Galot Motorsports Pro Boost car out with very little seat time in it and drove it all the way to the winners circle. He defeated a very tough Jay Cox in the final – Cox, who broke the track record in qualifying with a 3.707@201.58 was on a mission but kicked the tires out in the final against Tutterow. King Tut in the other lane had a solid 3.75@200 pass to take the win!

Congratulations Todd and the Galot Motorsports Team on the win and to Jay Cox & Team on the R/U and record!! 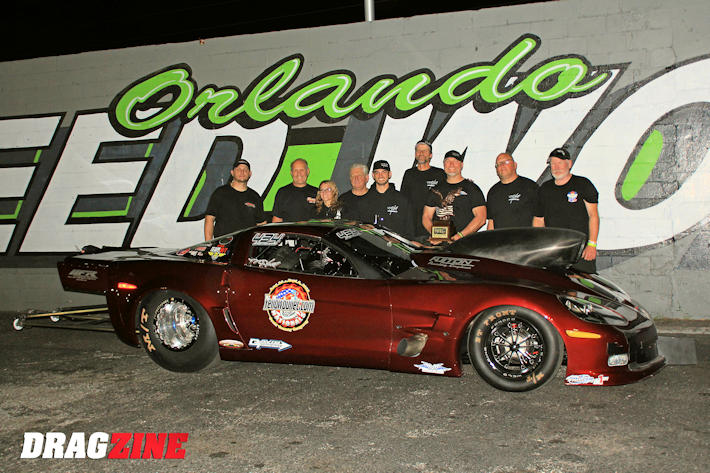 In Outlaw 10.5 Vs Radial, Mo Hall might have missed his three second pass he was so close to getting, but he did take home his first World Street Nationals win! Hall defeated John Carinci who broke something in the final with a 4.005@191.57

Congratulations to Mo Hall, Jim Halsey, the HFR Fab Guys and the rest of the team on the win!!