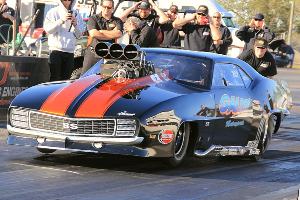 King Tut came out of the gate swinging for the fences at the 2015 US Nationals at Bradenton Motorsports Park. The Galot Motorsports team was testing some new blower combination and apparently it worked pretty good as they qualified #1 in Xtreme Pro Mod with a 3.569@209.88.

Tutterow defeated Adam Flamholc in the “All NCRC” final round with a 3.60@207 when Flamholc had to abort when his 63 Corvette made a hard left after launch.

Congratulations to Todd Tutterow and the Galot Motorsports Team on their 1st win of the season!

We’d also like to congratulate Adam Flamholc and the MMR Racing team, they had a tough weekend with parts failures, but did manage to lay down a new best of 3.61@211 during qualifying and they made it to the final round! Congratulations guys! 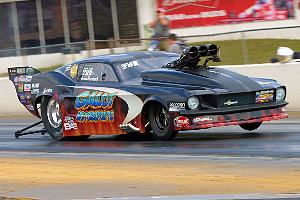 In Outlaw Pro Mod, Galot Team Member Kevin Rivenbark driving the Team’s Mustang took home the win over local Jimmy Keen. Kevin and Team were very consistent with the car laying down 3.80 passes one after the other, making them very hard to beat!

Congratulations Kevin and the Galot Team! 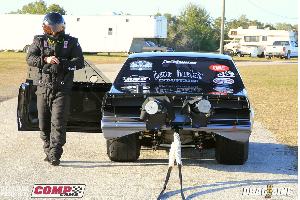 Last but not least, congratulations to David Demarco and his team on their performance this weekend in Pro Drag Radial. Demarco brought a brand new setup out and ran a new PB of 4.10@186 in qualifying. He also made it all the way to the final round against Keith Berry, that’s a pretty darn good weekend for a new combination.