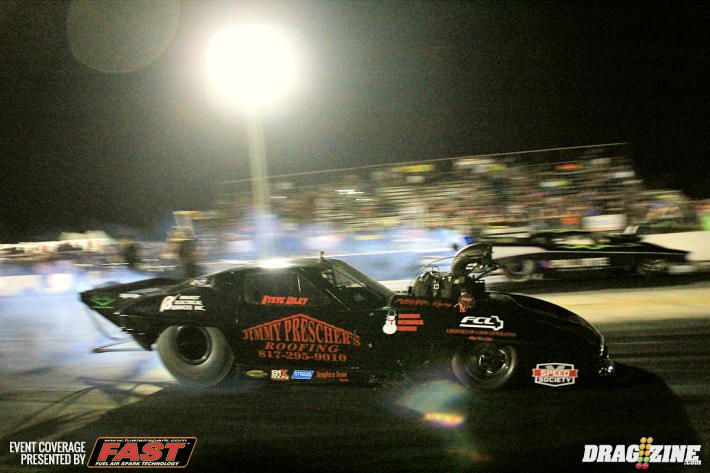 Steve Wiley and Eric Sagebiel are BIG fans of No-Prep Racing – no doubt because as owners of the Texas Grim Reaper they’ve won a boat load of money this year! First with the March win at San Antonio Raceway’s $50k Bounty Hunter Nationals, Runner up at American Outlaws in May and last weekend winner of Outlaw Armageddon in Oklahoma City for $30 big ones – you can’t blame them!

Wiley, pilot of the Team’s Tommy Mauney built 63 Vette, drove his way to the winner’s circle at Thunder Valley for the win over Gaylen Smith in an close “All NCRC” big tire final of the baddest of the bad, deep in the heart of No-Prep land.

Congratulation to Steve, Eric, Maurisa and the rest of the Texas Grim Reaper Team on your win, and to Gaylen Smith and the Texas Bounty Hunter Team on the R/U!!