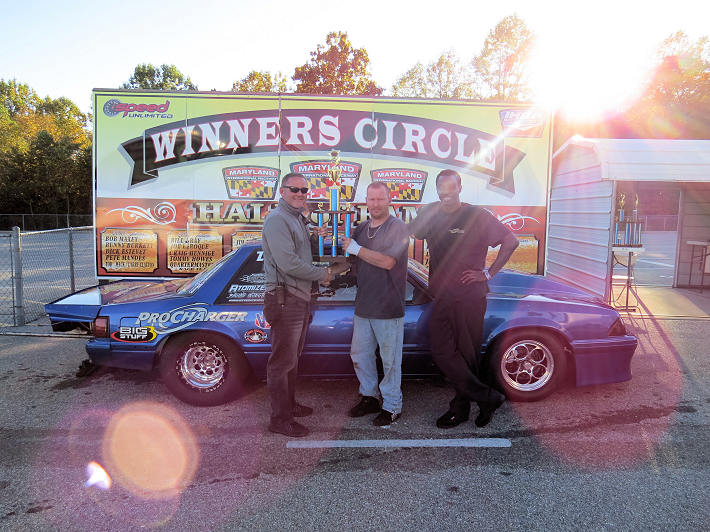 Scott Bitzer behind the wheel of Mustang Mike’s (Michael Modeste) evil Procharged Mustang won the Outlaw Drag Radial Class at MIR on October 11th. Scott, the #2 qualifier, defeated Barry Mitchell, #1 qualifer in the final with a 4.275@185.10 to Mitchell’s 4.409@176.70.

Bitzer & Modeste recorded a new Personal Best during eliminations also at this race, they laid down a 4.188@184.98 during Round 2!!! Check out the video on YouTube!!!

The team also came within a couple points of nabbing the MIR ODR points championship, it was a very close points battle between Scott and Steve Willingham.

Way to go Scott and Mike!! Congrat’s on the win and new PB!!!