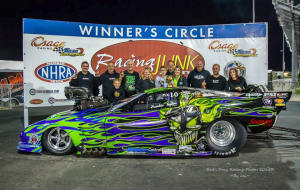 Congratulations to Frankie and Paul on the win, and to Bubba and Team on the Runner Up!!! 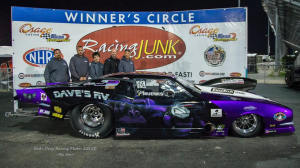 Congrat’s on the R/U Ron and the Dave’s RV Team! 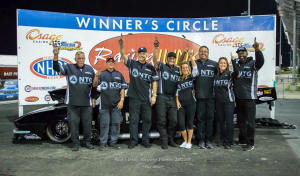 In Outlaw Doorslammer, it was a battle between Jeffery Cummins and Clint Satterfield, with Cummins taking the win. Jefferey ran a 3.847@195.22 to take the win in the “All NCRC” Final. Clint ran into problems and didn’t get a full pass unfortunately as the previous round he had ran a 3.918 – it would have been a close race!

Congratulations to Jeffery and the NTG Team on your win and Clint on the Runner Up!!! 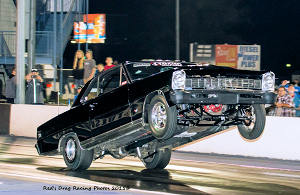 We bet there was a party in the pits after that one!!!

Way to go Jason, car owner Danny McMichael, Sarah, Josh and the rest of the team!!! 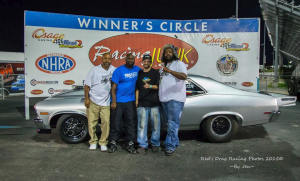 Kendall Dean brought his new Nova down to T-Town from his home in Wichita, KS to test the waters in MX275. For a brand new car with only a few laps on it, he did pretty good bringing home the win in the MX275 second chance race!