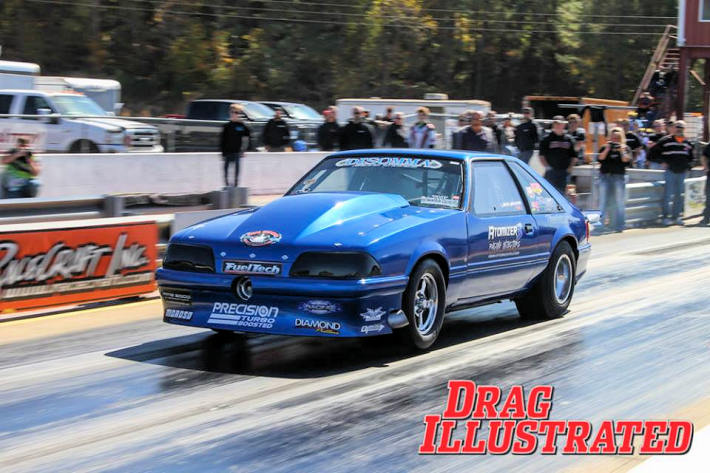 The Bruder Brothers came out on top once again in X275 at Holly Springs 4th Annual Fall Brawl! Rich did his job behind the wheel, and Nick did his magic on the laptop harnessing all that DiSomma power which generated consistent 4.40’s all day in qualifying.

The brothers defeated Jarred Johnston in the final round when Rich laid down a killer .008 light and they repeated their record breaking pass from MIR, once again that 4.3891@168.48 lit up the scoreboard, Johnston in the other lane pushed the tree too much, he went -.0012 Red with a 4.4018 for the fastest side by side round in X275 history!!!

Congratulations to Rich, Nick and Pop’s Bruder on the big WIN!!!!

We also want to give a big congrats to “The” Kevin Mullins for his personal best with his new NCRC Turbo Radial Converter!!! Kevin qualified #1 with a 4.0586@190.36 and defeated Mark Woodruff in the semi’s, but had engine damage and some fire that round, so he passed the scales letting Woody move on to the finals and eventually win. What a great sportsman!!