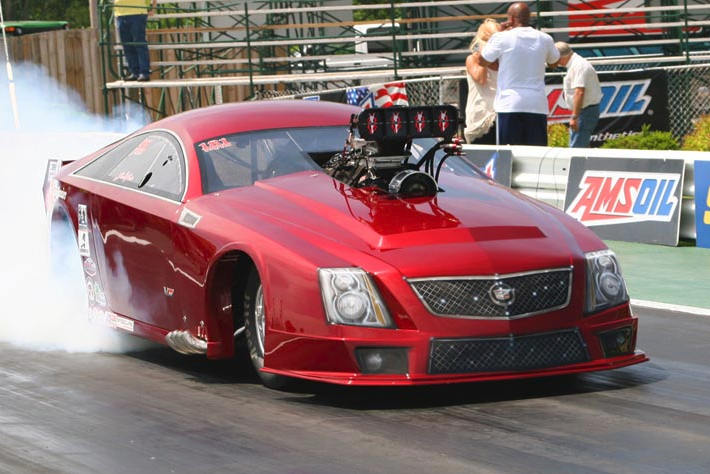 October 14th at the IHRA World Finals at Memphis International Raceway, Dina Parise secured the points battle over Bill Lutz to win the 2015 IHRA Pro Mod Championship!! Dina, a former Ice Capades Figure Skater, lead her closest competitor Bill Lutz by 31 points going into the final race. She was able to make it to the semi-finals against Billy Harper, while Lutz lost 1st round, this gave her plenty of points to take the championship!

The Team did great this season working with a small budget and a brand new car, “Stella” the teams brand new Cadillac CTS-V Pro Mod which is equipped with a NCRC All Billet Aluminum Converter.