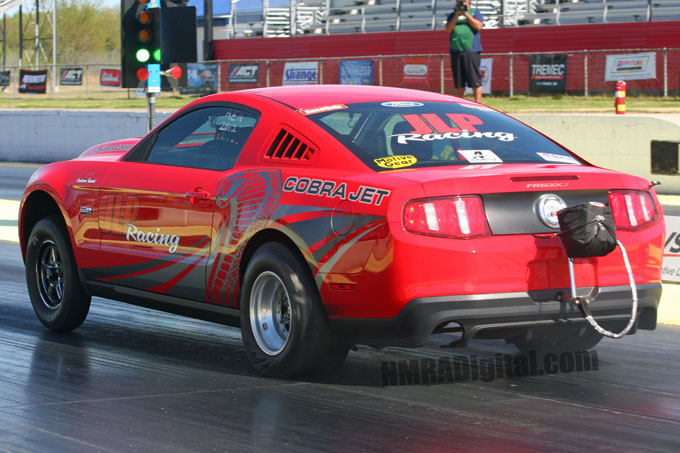 Charlie Cooper switched over from his old converter to a New Prototype Neal Chance Converter in his Johnny Lightning Performance Tuned 2012 Cobra Jet Mustang at the NMCA/NMRA Race in Joliet, and BAM – he went from a 9.309@147.58 in qualifying to a 8.475@161.90 in the heat of the day! That’s faster than the #1 qualifier – what a difference the right converter can make !!!

Charlie redlit on that pass in Round 2, but you can bet he’s going to be a top qualifier at the next race!