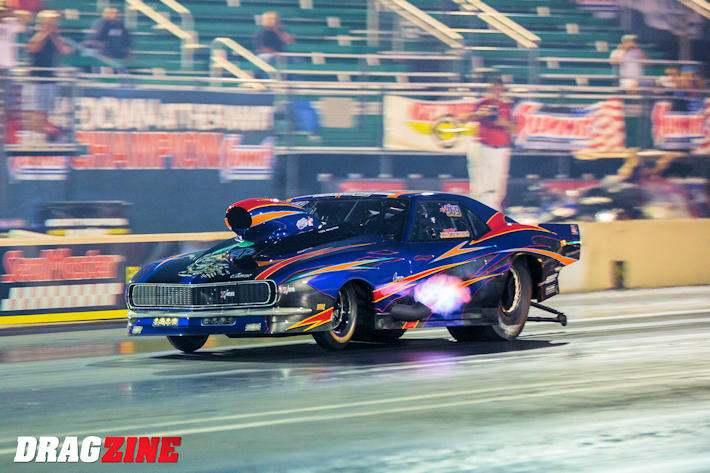 John DeCerbo took home the win at the Shakedown at the Summit despite some crazy fast competition . He qualified #4 with a 5.830@245.36, behind NCRC equipped competitors Carl Stevens Jr. who ran 5.722, Mike Yedgarian in the famous Skinny Kid Olds with a 5.792 and Melanie Salemi who put down a smoking 5.718@250.88 for #1. That didn’t slow him down, as DeCerbo took the win in an all NOS final over Mike Gondziola 5.79 to a 5.80 – good close race! That was a big win for DeCerbo who pocketed a clean $40k for his efforts!

Congratulations to John, Blake, Joey and Larry on your win! Also congrats to our other Pro Mod customers who ran some spectacular ET’s at this race!!! 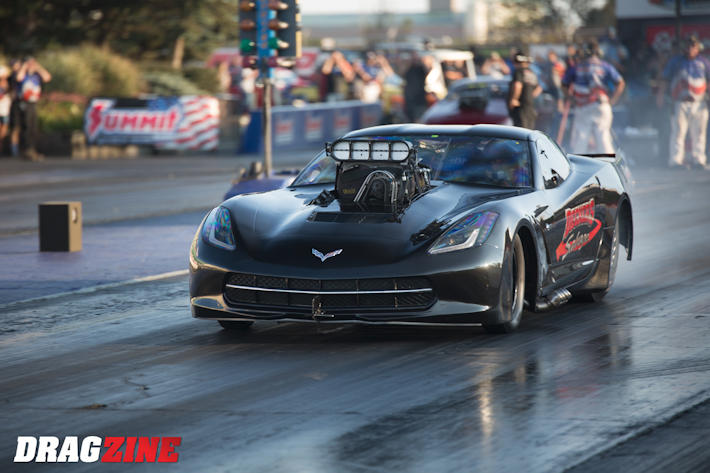 Congratulations to Mike and the Decker Salvage Team on their Win, and to Mo Hall on the Runner Up!! 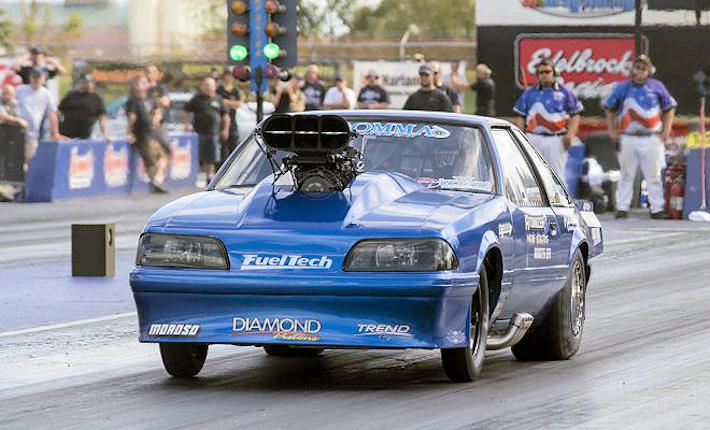 Despite a recent lead trophy, the Bruders Brothers cleaned house at the Shakedown. Rich Bruder wheeled the nasty blue Mustang to a 4.39 in qualifying setting the stage for what was going to happen in eliminations. The smart money was on Rich in the final when he defeated Ron Rhodes with a 4.38 to Ron’s aborted 6.96

Congratulations to Rich, Nick and Pop’s on the win and scalding ET’s!!!