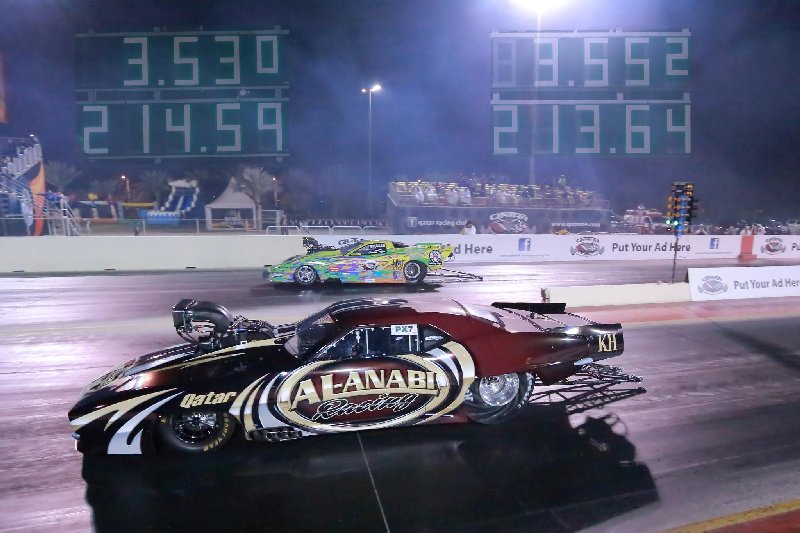 Taylor had bad luck earlier in the week when he dropped a valve on a very fast 3.54@212.63 pass. There’s a video of the run on Youtube from the guys at CompetitionPlus.com that is pretty wild.

Earlier in the week Alex broke the Pro Extreme Record with a ground shaking 3.518@215.68! Amazing what these guys can do!

Congratulations to Alex, Billy Stocklin, Frank Manzo and the rest of the Al-Anabi Racing Team on the Win and to Frankie Taylor and Team on their Runner Up!