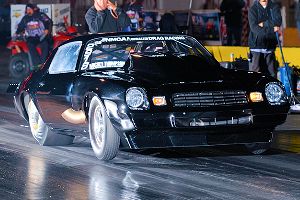 The NMCA Season Finals at Indy were off the hook for Neal Chance Customers!! Starting it off was Steve Summers in Mickey Thompson Super Street who won his first ever NMCA event after defeating Mr. Willard Kinzer, Mark Micke, and Ed Parker in the final round! That’s some tough competition but he was certainly up to the task! In the finals Steve ran a 6.59@214 over Ed’s 6.87 to take the win.

Steve recently upgraded to one of our All Billet Converters and has gotten some extra help from our Dealer Dave Klaput over at Proformance Racing Transmissions getting the combo dialed in… Thanks Dave!

Don Baskin qualified #1 with a 8.37@159 and defeated Andy Schmidt in the final round of Comp Cams Pro Stock. That’s Don’s 4th win of the year in Pro Stock and we’re pretty confident he has enough points to take the season championship for 2012!

Congratulations and the race win and very strong performance all year long Don!!! 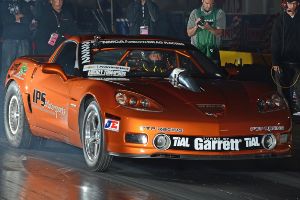 Mark Carlyle flat lit them up in the Chevy Performance LSX Shootout which is ran at the same time as the NMCA Finals. Mark recorded the very first SIX second pass by a LSX Drag Radial Car when he ran a 6.99@211 in the semi’s. He went on to Runner up in the final against Mark Brown. Brown got out on Carlyle which despite having a better ET of 7.09 he couldn’t make up the difference when Brown went 7.19.

Carlyle’s ZO6 Vette still retains the IRS rear suspension which makes it also the World’s quickest IRS equipped car. Mark along with Patrick Barnhill, Tomi Lane and IPS Motorsports have figured out how to make the car work, and work it does laying down 1.19 60′ times!

Congratulations Mark on the new record setting pass and for your Runner Up!