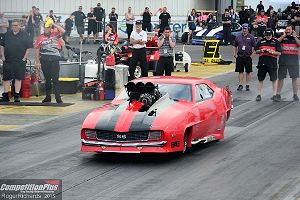 Jason Scruggs scored his 2nd in a row win in Pro Extreme over Randell Reid in an “All NCRC” final round!

Scruggs didn’t have very good luck qualifying at #15 but he and his team quickly got everything straightened out in time for eliminations when he went 3.54 in the 1st round, then repeated for the 2nd round against King Tut who broke, laying down another 3.54@219. In the final Reid’s engine laid over with a 4.42 to Scruggs off pace 3.79 for the win.

Congratulations to Jason Scruggs and Team on your win and Randell Reid and his team on the runner up! Way to go guys!

We also want to give a shout out to Frankie and Paul Taylor who qualified #1, way to go! 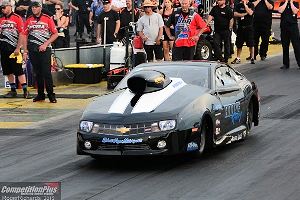 In Pro Nitrous Travis Harvey recorded his 1st PDRA Pro Nitrous win and reset the official record with a 3.703@200.65 in the “All NCRC” final round against Rickie Smith who ran a 3.83@196.70. Travis almost dipped into the 3.60’s which would have got him a $5k bonus for being the 1st to dip into that zone, but looks like everyone will have to try again at the next race for that one. He was definitely on fire at this race with the #1 qualifying position of 3.72@199.61 and setting low ET in each round!

Congratulations to Travis and the Boone Racing Team on your win and to Rickie Smith on the Runner Up! 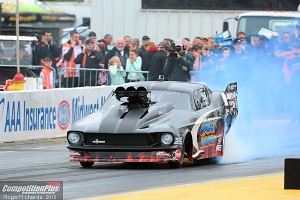 Pro Boost also saw a NCRC equipped car in the winners circle, the familiar face of Kevin Rivenbark and Team Galot once again made a visit there after defeating Michael Biehle. Biehle left early passing an easy win over to Rivenbark who went straight down broadway with a 3.83@191.21. That’s Kevin’s 2nd win this season in Pro Boost.