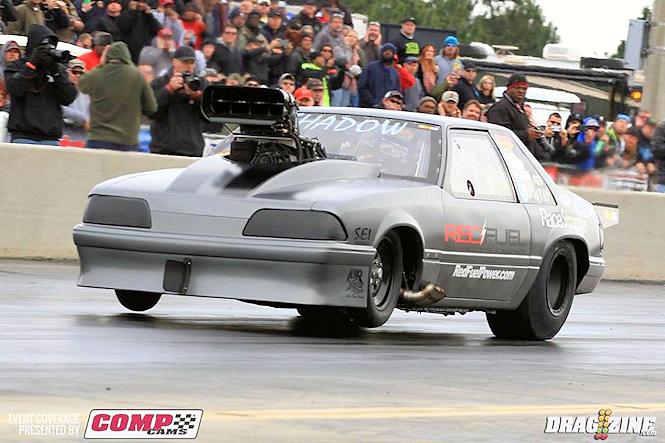 Big congratulations to Stevie “Fast” Jackson and “The Shadow” owned by Phil Shuler on their Radial Vs. The World Win at Lights Out 6 February 22nd. The Shadow, Shuler’s Grudge car, was recently switched over to a blower and with the help of a handful of very sharp racers, it was running hard right off the trailer. Jackson ran a 4.026@191.29 in the final round over a broken Chris Daniel which also set Low ET for the race.

Congratulations to Steve, Phil, the Tutterows, and the rest of the Team on big win!

We also want to give a shout out to Jason Michalak who brought out his brand new blown Vette to Lights Out 6, he was definitely buzzing the tower the new car!! Jason was #1 Qualifier and was going rounds like a bracket car in the 4.0’s but broke a crankshaft in the process ending their progress too early. No doubt Jason and his all star team of Billy Stocklin and Frankie Taylor will be back again making RVW competition that much harder. Way to go guys!

We hated to see local racer Dewayne Mill’s accident in RVW, thankfully he was not injured! You can bet he’ll be back, faster and strong than ever…